skip to main | skip to sidebar

I haven't blogged in a while, but I need to vent a little. I know this blog is totally a downer, but it makes me feel better to write about what's bugging me.

I have wanted a Kitchen Aid mixer for a long time, and have been watching the prices. There was a good deal at Costco last month, so I decided it was finally time to go for it. I have a hard time spending money on myself, but I knew that our finances were looking pretty good so I went ahead and bought it.

Four days later my tooth completely broke in half. I had to get a crown which was $1000.

Then James' car needed to be registered, but first it needed a new windshield and tires. $500.

Then James got a new job which we are really excited about, but which doesn't pay for health insurance for me or the kids; we have to pay our own and go through James' work's group policy. (Which by the way my OBGYN doesn't accept.) I can't buy a personal insurance policy with any other company because I am pregnant, and pregnancy is a pre-existing condition. Insurance will be about $1200 a month for the next 4 months until the baby is born. (Plus a $4000 deductible and 20% of the bill in March) That is more than our mortgage payment. For the next 4 months.

As a side note, I know that I have a lot of friends who are die-hard republicans, but let me just say that if the Affordable Care Act (Obamacare) were totally in place, this wouldn't be a problem at all. It would be illegal for insurance companies not to sell me insurance because of my pregnancy. It is one of the main reasons that I voted for President Obama.

It is enough to make me seriously consider forgetting all about the insurance, and going into the back yard, bite on a stick, and squat under a tree to get this baby out.

Then our dishwasher started leaking water all over the place. I spent 3 hours yesterday taking it apart and cleaning it out, trying to see if I could fix the problem myself. No luck. The repair man came over today and charged me $55 to tell  me that it couldn't be fixed and that the whole thing needed to be replaced.

Within the next month there's Christmas, plus I have 2 kids with birthdays who have been promised friend birthday parties because I am a mean mom and only throw them every other year and we skipped them last year.

And because the pay schedule at James' new job is a little different than the one at his old job we are only getting one paycheck this month.

Maybe I shouldn't have bought the mixer.

Posted by James and Marianne at 2:17 PM

Oh my! When it rains, it pours. I feel kinda old saying that, but it's true. Hang in there. Being pregnant probably makes things seem even worse than they are. Not that they are good... When I was pregnant with our youngest, as in last February, Tyson came home and told me he no longer had a job. I locked myself in the bathroom beyond mad and terrified for our family and cried for probably 2 hours straight. Gotta love pregnancy hormones. So, hang in there. Pray lots and try and make it to the temple as much as possible. It helps a lot. And I'm sure Heavenly Father will watch out for you guys. :)

Hello colleagues, how is the whole thing, and what
you wish for to say concerning this post, in my view its genuinely amazing in support of me.
Feel free to visit my blog :: Melody (30 Second Trailer)

Ok, that comment above mine is really weird. Just wanted to let you know one of my aunts actually did squat behind a bush, not sure about the stick in the mouth. But my cousin is fine. In fact, she ended up delivering her third in her car. I know for sure no stick was involved with that one. YOU CAN DO IT! =)

Wow. You have blog spammers! I'm almost jealous. That grammar sounds familiar, as someone who's spent a fair amount of time around Engrish speakers. :)

I wish I could give you the biggest hug. Money sucks, and insurance sucks, and I have a new found appreciation for those who raised me and spent their hard-earned dollars and things I didn't need but really liked as a kid. *sigh* Growing up is hard. Love and miss you, dear one!

I meant "on" not "and." My hands are really cold and it's hard to type because Lee wants to save money on utilities by not using the heat in the office. Brr.

Could you change your OB...I know it would be a pain, but I have had over 13 OB's in my 5 pregnancies and it just seems to not matter to me anymore...but maybe it matters to you. Sorry about the money...I feel ya on those December birthdays. I always loved my birthday being close to Christmas but now I realize just how much of a pain it must have been for my parents...although I fault them to some degree, there are 3 kids in my fam and our b-days are dec.5th, 23rd, and Jan 22nd...They should have learned. Just wait till next year when you have to do birthday and baptism stuff for JJ. I never realized how expensive sciptures are...oh well I will budget better next time. I think its funny that I almost splurged on a kitchen aide the other day and then decided not to, so far no financial surprises...maybe its just the kitchen aide?! Ha ha...hang in there.

… Unbelievable , but I just found software which can do all hard work promoting your marianneandjames.blogspot.com website on complete autopilot - building backlinks and getting your website on top of Google and other search engines 1st pages, so your site finally can get laser targeted qualified traffic, and so you can get lot more visitors for your website.

YEP, that’s right, there’s this little known website which shows you how to get to the top 10 of Google and other search engines guaranteed.

I used it and in just 7 days… got floods of traffic to my site...

…Well check out the incredible results for yourself -
http://magic-traffic-software.com

I’m not trying to be rude here, but I believe when you find something that finally works you should share it…

…so that’s what I’m doing today, sharing it with you:

After getting more than 10000 visitors/day to my website I thought your marianneandjames.blogspot.com website also need unstoppable flow of traffic...

Use this BRAND NEW software and get all the traffic for your website you will ever need ...

And all it took was 10 minutes to set up and run.

But how does it work??

You just configure the system, click the mouse button a few
times, activate the software, copy and paste a few links and
you're done!!

Click the link BELOW as you're about to witness a software that
could be a MAJOR turning point to your success.

Me and The Man 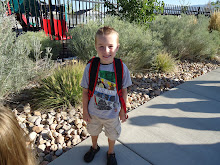 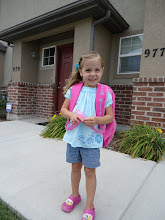 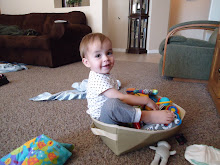 One day I'll be debt free and my house will be clean!